Norwich City host Watford on Friday night at Carrow Road with both sides in the relegation zone and in desperate need for a win in what is the first ‘six pointer’ of the season.

After promotion last term from the Championship, Norwich did seem to adjust to life back in the Premier League reasonably well in the first month, recording good home wins over Newcastle United and Manchester City.

However, it has all turned a bit sour since that victory against City in September, as the Canaries have since lost five of their last six games in the Premier League meaning they sit in 19th in the table on just seven points – already four adrift of Everton in seventeenth place.

While Norwich have been poor, Watford have been even worse and are yet to win a single game in the Premier League this term, drawing five and losing six of their opening eleven contests.

As a result, they are rooted to the bottom on just five points with confidence at an all-time low. A trip to face an out-of-form Norwich though could provide the Hornets with the perfect opportunity to end this terrible run and in turn, result in them leapfrogging the East Anglian outfit in the table. Norwich manager Daniel Farke has an injury crisis in defence currently as he will be without centre-backs Timm Klose, who has knee ligament damage, Grant Hanley, who has a groin injury and Christoph Zimmermann, who is out with a foot injury, for the game against Watford on Friday.

It is therefore likely that just as he did against Brighton, Alex Tettey may have to play as an emergency central defender against Watford alongside England youth international Ben Godfrey.

Up front, Teemu Pukki is struggling for goals and will be desperate to score for the first time since September on Friday.

For Watford meanwhile, skipper Troy Deeney has returned to training following minor knee surgery that he had in August, which will be a real boost for Quique Sanchez Flores. Former Tottenham midfielder Etienne Capoue and £30m club record signing Ismaila Sarr have also returned to training, with the latter absent since the start of October. This weekend could come too soon for the duo though, with a return after the international break more likely. Friday’s Premier League clash will be the 99th meeting between the sides with Norwich holding the better record with 42 victories compared to Watford’s 27. There have therefore been 29 draws between the two sides.

It will be only the third time the teams have met in the Premier League though, with Norwich winning the last meeting in this competition 4-2 back in May 2016 in what was a cracker of a contest.

Watford’s last win at Carrow Road was in August 2010 in the Championship, as Danny Graham bagged a brace to inspire the Hornets to a 3-2 victory. 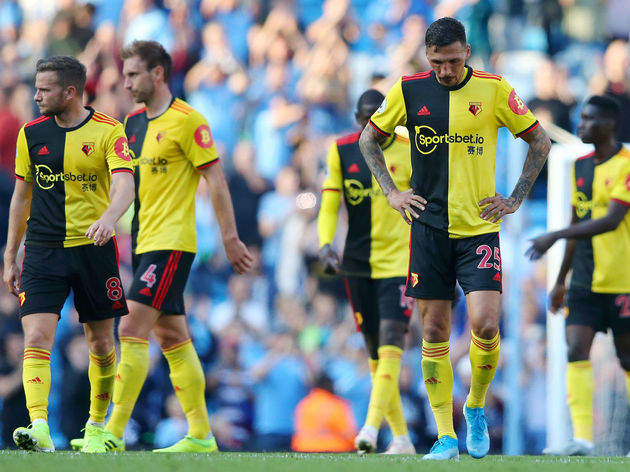 As eluded to earlier, both sides have been in wretched form in recent weeks in the league which has made this a vital clash as both will feel like Friday’s contest is a winnable game.

Firstly, Norwich have picked up just one point from the last 18 available – this being a hard-fought 0-0 draw on the south coast away at AFC Bournemouth in October. Thumping defeats at home to Aston Villa and Manchester United as well as losses at Burnley, Crystal Palace and Brighton have surrounded that Bournemouth game though.

In fact, in their last ten games in all competitions Norwich have lost eight, which has therefore ramped up the pressure on manager Farke, making Friday’s game a must-win. 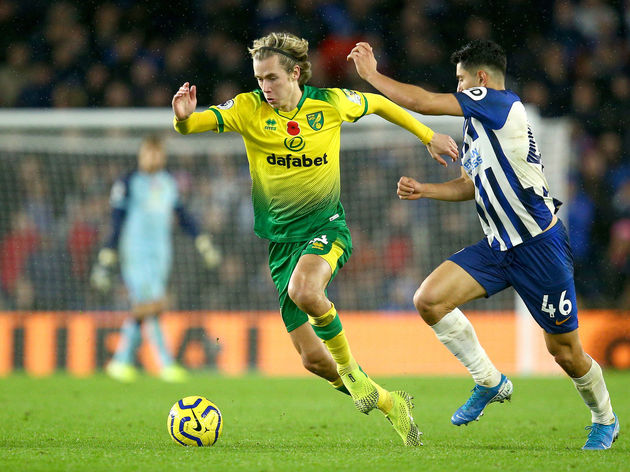 Watford have not been much better though in recent weeks, suffering defeat to Chelsea last time out. After eleven games they are yet to win in the league, with their only victories this season coming in the Carabao Cup. However, before the game against Frank Lampard’s side, they had drawn their last three in the league which will give Watford fans some hope.

Here is how both sides have performed in their last five games.

With Norwich and Watford low on confidence, Friday’s encounter could be a really nervy affair. While both will be fired up for the game due to the importance of it - as defeat for either side would really make for a desperate situation - neither side have shown enough quality in recent weeks to suggest that they will pick up victory.

The Canaries have shipped a lot of goals in recent games, but Watford have scored just twice themselves in their last five outings. If Troy Deeney returns fit and firing, he could change the Hornets' fortunes and Norwich fans will be pinning their hopes on Pukki rediscovering his early season form to smash their side to victory.

A tight game is expected though and a draw looks the most likely outcome.

Don't get stuck on the sidelines! Sign up to get exclusives, daily highlights, analysis and more—delivered right to your inbox!
Sign up Now