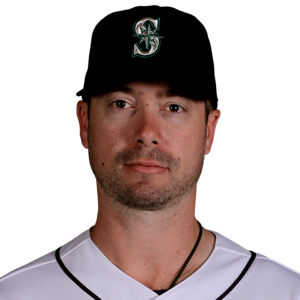 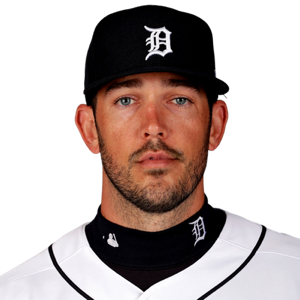 SEATTLE (AP) Tim Beckham got an opportunity to make a big play, and he delivered.

Beckham hit his second grand slam of the season and Kyle Seager connected for a solo drive, leading the Seattle Mariners to a 10-2 victory over the lowly Detroit Tigers on Thursday night.

''Just good energy all around in the dugout and in the clubhouse is good for our team,'' Beckham said. ''Energy is contagious and we just want to keep it going.''

John Hicks homered in the third, but Seattle responded with five runs in the bottom half.

With one out and the bases loaded, Vogelbach hit a grounder to second baseman Niko Goodrum, who attempted to tag Omar Narvaez in the base path, but dropped the ball. Tim Lopes scored to tie the game.

Beckham, an infielder who is playing left field to remain in the lineup, then drove a 0-2 pitch from Drew VerHagen (1-1) over the wall in left for his 15th homer.

''It was looking like he was trying to turn two and rushed the play, and the next thing you know the ball goes into the seats,'' Tigers manager Ron Gardenhire said. ''It's not on Niko that (VerHagen) hung a curveball, but it always seems to turn into something when you miss a play.''

The Mariners added two more in the fourth. Lopes stayed in after he was beaned by a fastball from VerHagen. He stole second and scored on Crawford's triple, but he was pulled after the sixth inning in his first major league start and entered the concussion protocol.

Narvaez doubled in Crawford for a 7-1 lead. Seager hit his eighth homer of the season on Blane Hardy's first pitch of the fifth.

LeBlanc allowed two runs, one earned, and four hits in relief of opener Erik Swanson, who struck out three in two hitless innings.

Detroit dropped to 1-12 against the AL West this year.

''We just want to keep having fun playing baseball,'' Beckham said. ''This game is hard enough as it is. You try to simplify it as much as possible, just go out there and try to have fun and make plays. ''

Mariners right-hander Felix Hernandez threw 22 pitches to batters from the mound before batting practice. He is coming back from stiffness in his pitching shoulder.

''Physically I was fine,'' Hernandez said. ''I've just lost my command. I just got to keep throwing the ball and find my mechanics back.''

''He hasn't pitched in forever,'' Servais said. ''That was the first time we had hitters in there. I don't want to put him out somewhere and then have a setback.''

Hernandez would like to return sometime next month with the hope of making a handful of starts to prove his value to teams when he becomes a free agent after the season.

Tigers: Catcher Grayson Greiner was transferred to the 60-day disabled list. He has been out since mid-June with a lower back strain. The move allowed the Tigers to bring up VerHagen for Thursday's start.

Mariners: OF Domingo Santana appears to have avoided a stay on the injured list after an MRI showed he might be able to hit and serve as designated hitter. Muscle and tendon swelling will keep him out of the outfield for several games, Servais said. Santana, the team's No. 3 hitter and steadiest offensive player, injured his elbow in Tuesday's game during a series of plays that required two difficult throws. ''If he doesn't respond well in the cage, in batting practice, we may have to go a different route,'' Servais said.

Tigers: LHP Daniel Norris (2-8, 5.02 ERA) returns to the mound Friday night after rain cut his last outing at Toronto to four innings. He's 0-2 in five starts against the Mariners.