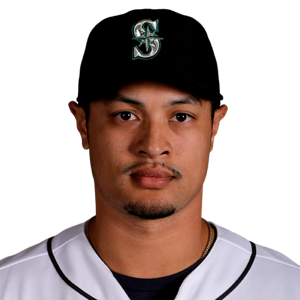 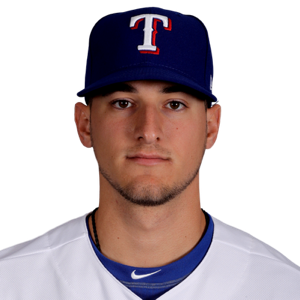 ARLINGTON, Texas (AP) Kyle Seager is starting to look like his old self at the plate for the Seattle Mariners. He always seems to hit well against Texas.

Seager had a solo homer, a tiebreaking two-run triple and drove in four runs as the Mariners won their sixth game in a row, 8-5 over the Rangers on Tuesday night.

''Probably the best night he's had all year. Just on everything,'' manager Scott Servais said.

After missing the first two months of the season following surgery during spring training to repair a tendon in his left hand, Seager is still batting only .212 in 54 games. But he raised his average 10 points with his three hits Tuesday, when he stretched his hitting streak to eight games.

''I feel pretty good, and I feel like I'm getting in better positions, swinging at better pitches,'' Seager said.

Domingo Santana hit his 21st homer for the Mariners (47-63), who matched their longest winning streak this year. They also won six in a row in April, during their 13-2 start to the season before an extended slump that dropped them to the bottom of the AL West.

Texas lost for the 18th time in 25 games and has an overall losing record for the first time since May 27. The Rangers (53-54) peaked at 10 games over .500 and were in position for one of the American League's two wild-card spots a month ago, before their current slide.

Sam Tuivailala (1-0) pitched 1 1/3 scoreless innings in relief of starter Mike Leake to get his first win since last August, after he had been acquired in a trade from the St. Louis Cardinals. Roenis Elias worked the ninth for his 14th save in 16 chances.

Tuivailala's only previous win for Seattle came last Aug. 6 at Texas, two days before he ruptured his right Achilles in a rundown play against the Rangers.

The Rangers traded their most reliable reliever, right-hander Chris Martin, to Atlanta during the game.

''We kind of had an idea going into the game, you just never know when the actual transaction is going to occur,'' manager Chris Woodward said. ''Martin's done an unbelievable job for us all year. ... We're going to miss him, for sure.''

Seattle, which snapped a nine-game road losing streak, blew a 5-1 lead when the Rangers got four runs in the sixth. Danny Santana led off the inning with his 16th home run, and Rougned Odor had a two-run double before a RBI single by Delino DeShields tied the game.

After reliever Brett Martin (1-2) walked Daniel Vogelbach to start the seventh and was taken out, an error put two runners on before Seager tripled.

Seager's homer in the second was a drive to the left-center gap that hit off the heel of leaping center fielder DeShields' glove and went over the eight-foot wall.

''I saw him go up and I thought I saw it hit his glove, but I couldn't see any more than that,'' Seager said. ''So I was just looking at the umpire to give me good news.''

Leake, who threw a one-hit shutout against the Los Angeles Angels on July 19, when he retired the first 24 batters, wasn't even sure he would be starting against Texas. He gave up five runs and 10 hits in 5 2/3 innings.

''There was a chance I was going to get traded so I sort of laid low. I ended up pitching,'' he said. ''There's still a possibility, I'm sure. As of now, I'm going to look at it as I'm not getting traded.''

Mariners: 2B Dee Gordon, out since July 23 with a left quad strain, will join the team in Houston this weekend and work out all three days. Servais said Gordon is feeling much better. If all goes well this weekend, Gordon will then go on a short rehab assignment.

If the trade deadline passes Wednesday afternoon and All-Star lefty Mike Minor (8-6) is still a member of the Rangers, he will start. Lance Lynn (13-6) will go if Minor is sent to another team. The Mariners are expected to use an opener before Wade LeBlanc (6-3, 4.79), who is 4-0 with a 2.86 ERA in nine appearances when he enters in that situation.