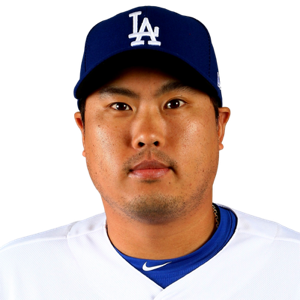 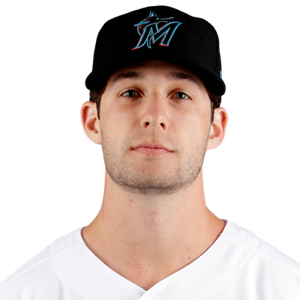 Ryu strong again as Dodgers get past Marlins 2-1

LOS ANGELES (AP) Los Angeles Dodgers closer Kenley Jansen says he is tired, and it has nothing to do with an exhausting road trip to start the second half that included a handful of games that went late into the night.

After Hyun-Jin Ryu and Kenta Maeda shut down Miami, Jansen struck out the side on 15 pitches in the ninth inning to finish off a 2-1 win for the NL West leaders.

''Enough is enough. I'm sick and tired of getting beat around and talking at the end of the game (to the media) about different stuff,'' Jansen said.

Jansen recorded his 24th save, but has blown four other chances, including one Tuesday when he could not protect a two-run lead in the ninth inning at Philadelphia.

''I'm just trying to have fun again and just trying to get that attitude again to put a stop to it when hitters are trying to hurt me out there. I'm sick and tired of it. Now is the time to just go get it and get what we want to get,'' he said.

Asked about the fine line of pitching angry while trying to stay within his mechanics, Jansen suggested that was overthinking it.

''I'm not thinking about any mechanics, or any of that stuff anymore,'' said Jansen, whose 3.63 ERA is well above his career mark of 2.30. ''Like I said, it's enough. I just want to have fun again. I'm just going to go out there to keep competing and keep getting better.''

Playing at Dodger Stadium for the first time since the All-Star break, Ryu pitched seven strong innings and the Dodgers turned a Miami error into the go-ahead run in the sixth.

Ryu (11-2), who started for the National League in the All-Star Game, gave up one run on four hits with three walks and seven strikeouts.

''He's pitching up a little more, pitching in and there are more looks and more weapons for a righty and a lefty,'' he said.

Maeda took over for Ryu in the eighth, his first relief appearance this season. Maeda delivered a scoreless eighth inning before handing the ball off the Jansen.

Maeda is expected to return to the rotation, but he was used out of the bullpen this time after a 35-pitch, rain-shortened start Wednesday at Philadelphia

With the trade deadline approaching, much of the talk surrounding the Dodgers has to do with adding bullpen arms. Jansen will welcome any new additions, but feels like once he gets going, along with right-hander Joe Kelly, the Dodgers will have the kind of relief pitching they are looking for.

''Listen man, we know who we are,'' Jansen said. ''It would be awesome to get another arm, but that is the attitude that we should have all the time, that we know who we are. We know we have one of the best bullpens out there.''

The Dodgers had lost three in a row at home. They began the second half with a seven-game trip to Boston and Philadelphia.

The Dodgers took the lead with a two-run sixth after loading the bases with one out. Corey Seager drove in the first run with a grounder and another scored on a two-out error by second baseman Starlin Castro.

Enrique Hernandez's sharp grounder right at Castro went in and out of the glove of the veteran and rolled into shallow right field, allowing Justin Turner to score from third base.

Marlins rookie right-hander Zac Gallen held the powerful Dodgers offense in check through five innings, but loaded the bases in the sixth on a single by Alex Verdugo and walks to Turner and A.J. Pollock before he was removed from the game.

In his fifth career start, Gallen (0-2) gave up two runs, one of which was earned, on three hits over 5 1/3 innings, with four walks and five strikeouts.

''I thought it was pretty good against if not the best, then one of the best offenses in baseball,'' Gallen said. ''We talked about last time the attention to detail. I think it's even more heightened when you come into a place like this, you're on the road, you play those guys.''

RELIEF FOR THE DAY

Maeda is expected to start Tuesday at home against the Los Angeles Angels. He threw just 12 pitches in his scoreless inning, which the Dodgers considered to be more like a between-start side session.

Right-handed hitters now have a .141 batting average against Maeda this season.

Marlins: RHP Sandy Alcantara (4-9), who will make his first career appearance against the Dodgers, has taken the loss in each of his last three outings, posting a 6.11 ERA in 17 2/3 innings over that stretch.

Dodgers: LHP Clayton Kershaw (8-2) will enter Saturday's start having given up just one earned run in each of his last two outings and has five outings of one earned run or less this season.