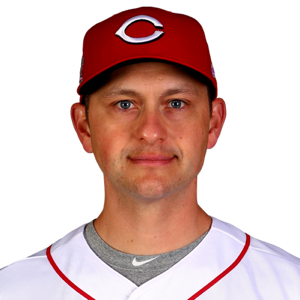 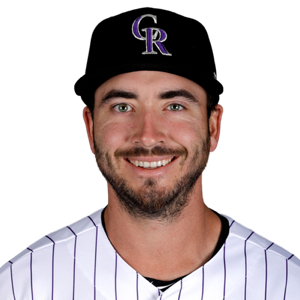 Ervin beat out an infield hit on the way to a 6-for-6 performance that tied a franchise record, and the Cincinnati Reds put together five-run outbursts in the sixth and seventh innings, rallying past the Colorado Rockies 17-9 on Saturday in a game delayed more than three hours at the start because of lightning and rain.

''It all started with that broken-bat cheapie,'' said Ervin, who also had triple, double and three more singles along with three RBIs. ''That's how crazy baseball can work, you get blown up the first AB and then I made my adjustments and I put everything else on the barrel hard.''

It was the fourth time a Reds player had six hits in a game and the first since Walker Cooper accomplished the feat on July 6, 1949.

''Just a great night offensively for a lot of guys,'' Reds manager David Bell said. ''You have to start with Phillip's night, obviously incredible but so many guys.''

Nick Senzel also had a career high four hits for the Reds. Puig finished with four hits and four RBIs.

Colorado got home runs from Nolan Arenado, Daniel Murphy and Trevor Story, but fell short. Murphy homered for the second time in as many games and finished with four hits.

Overshadowed by the offensive display was the return of Colorado pitcher Kyle Freeland. Recalled prior to the game from Triple-A Albuquerque, where he spent five weeks working on regaining his pitching form, Freeland went four innings and allowed five runs on nine hits in his first start since May 30.

Freeland said he had never experienced a rain delay of that duration and found himself having to shut down and then restart his warmup routine.

''I've never had a three-hour delay before,'' he said. ''I had to go through my whole routine again.''

Rockies manager Bud Black said he could take the good and the bad from the outing and build on it.

''There were some encouraging signs,'' Black said. ''Overall, I liked his stuff. I liked his delivery. I think he got a little tired at the end. It was a long day for him.''

With the game tied at 5-5 heading into the Colorado fifth, the Rockies got home runs from Story and Murphy and led 7-5.

The Reds moved ahead in the sixth. Dietrich, who entered the game as part of a double switch in the bottom of the fifth, drove a 2-1 pitch from Chad Bettis (1-5) into the bleachers in left for a three run homer.

Eugenio Suarez tripled, and Bettis was replaced by Jairo Diaz. Diaz gave up a two-run homer to Puig, the first batter he faced.

Colorado scored twice in its half of the sixth inning, but Casale led off the Reds' seventh with a home run off Jake McGee, starting another five-run inning by Cincinnati.

Jared Hughes (3-2) picked up the win in relief.

Reds: LHP Alex Wood, who has been sidelined this season with a back injury, had a no-decision Friday night in his second rehab start for Triple-A Louisville. He allowed three runs on four hits in two innings. ''The reports were that he felt good and actually he pitched better than the results,'' manager David Bell said. ''The next step is another start in Triple-A.''

To make roster room for the recall of Freeland, the Rockies optioned utility man Pat Valaika to Triple-A Albuquerque. Valaika was batting .128 in 26 games with one homer and 2 RBIs in 26 games.