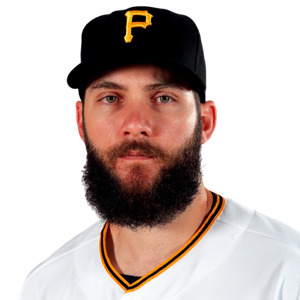 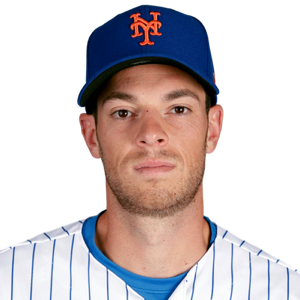 Five days removed from a five-hit masterpiece in which he shut out the Pirates on 99 pitches, Matz didn't make it out of the fourth inning of an 8-4 loss on Friday night.

Melky Cabrera's two-run double highlighted Pittsburgh's five-run outburst against Matz (6-7) and Starling Marte's three-run home run in the seventh off New York reliever Tyler Bashlor provided some welcome cushion for the Pirates, who won for just the fourth time since the All-Star break.

''It all just snowballed so fast,'' Matz said. ''I was out of the game and I was just like, `I can't believe I'm out of this game.' Especially with how I went the first time through the lineup.''

Matz retired nine of the first 10 batters he faced and appeared on his way to a repeat performance before things feel apart in the fourth. Each of the first five hitters reached base, culminating in Cabrera's shot to the wall in left-center field to give the Pirates the lead.

Three batters later Matz's night was over. He allowed five runs with a walk and four strikeouts in 3 2/3 innings to fall to 2-7 on the road. Matz's bumpy performance ended a 17-game streak in which New York's starting pitchers allowed three or fewer runs.

''He'll shake this one off and understand he's throwing some really good baseball since he got back into the rotation since the All-Star break,'' Mets manager Mickey Callaway said.

Pete Alonzo, Robinson Cano and Amed Rosario all had two hits apiece for the Mets. But New York lost for just the sixth time since the All-Star break when Matz couldn't protect an early three-run lead.

''We weren't going to go undefeated the rest of the way,'' Callaway said. ''So we just have to start another one.''

The Mets jumped on Trevor Williams (4-4) early, touching him for two runs in the first and appeared on the verge of a big inning in the third. Yet Williams survived thanks to some nifty defensive plays at third by Jose Osuna, given the start after Jung Ho Kang was designated for assignment.

Osuna cut down the lead runner on a force play at third and later caught Wilson Ramos in a rundown between third and home. Osuna also went 2 for 3 with an RBI.

''He saved us a run and he made a couple of really nice plays and it kind of ignites the team,'' Pirates shortstop Kevin Newman said.

Williams settled down quickly. He didn't allow a hit after J.D. Davis' RBI-double in the third, retiring the final 11 batters he faced as Pittsburgh rallied.

''We had to adjust in game,'' Williams said. ''Thankfully I stuck with (catcher Elias Diaz) and it was good to go to Plan B and execute.''

Kela, who admitted after the game in Cincinnati he was trying to send a message when he threw the ball over the head of Reds infielder Derek Dietrich in the seventh inning - a pitch that MLB ruled helped instigate the incident - believes the league is trying to make an example out of him.

''Me being honest, I guess the truth will get you crucified,'' Kela said. ''At the end of the day, I'm not going to sit here and bald-faced lie. The game sees enough of that.''

Pirates: RHP Jameson Taillon will undergo surgery to repair a strained flexor tendon in his right forearm and will not return this season. Taillon (2-3, 4.10) last pitched on May 1. The 27-year-old - who underwent Tommy John surgery in 2014 - was shut down for several weeks after going on the injured list then experienced a setback while trying to rehab last month. There is no timetable on a potential return date.

Mets: Marcus Stroman makes his first start for New York on Saturday after being acquired in a trade with Toronto. Stroman is 10-5 with a 2.93 ERA against National League teams in his career.