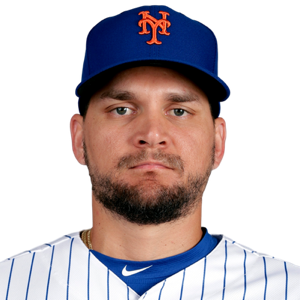 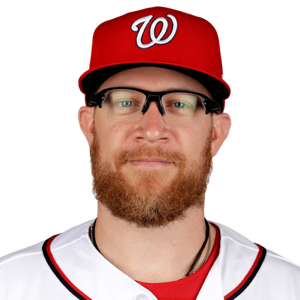 NEW YORK (AP) Michael Conforto celebrating with his jersey ripped off. Dominic Smith joining the party on his scooter. A crowd that kept cheering long after the last swing.

Hard to believe for a team that seemed cooked only a month ago, but the New York Mets and their fans are feeling like serious contenders.

Todd Frazier clobbered a tying, three-run homer and Conforto then lined a game-ending single as the Mets stormed back in the ninth inning to stun the Washington Nationals 7-6 Friday night for their seventh straight win.

Trailing 6-3, the Mets rallied against closer Sean Doolittle to win for the 14th time in 15 games at pulsating Citi Field - New York had been 0-44 this year when trailing after eight innings. The Nationals hold the top spot in the NL wild-card race, the Mets are 1 1/2 games behind them.

''You don't feel like you're out of a game when you're on a run like this. You can't really explain it to people,'' Frazier said.

In what was once considered a lost season for each club at different points, a playoff atmosphere was palpable both in the stands and between the lines. It was arguably the biggest tilt at the ballpark since the 2016 NL wild-card game, with a near-sellout crowd seemingly hanging on every pitch.

''The crowd brought it,'' said Mets pitcher Marcus Stroman, who sprinted from the clubhouse to the dugout in his boxer shorts when Frazier connected. ''I don't think they realize how much we feed off that and how much that kind of gets us going.''

Davis and Wilson Ramos led off the ninth with hits off Doolittle and Frazier sent a drive into the second deck in left, sending the fans into a frenzy.

Newly signed Joe Panik followed with a single and was wiped out by a fielder's choice. After Jeff McNeil was retired, Amed Rosario singled. Conforto followed with a hard liner over the head of right fielder Adam Eaton, scoring Juan Lagares for the victory with his first career walk-off hit.

''We've always felt like we could compete with everybody in this division,'' Conforto said. ''We started the year that way and I think our confidence is just building with each win.''

The entire team rushed Conforto on the outfield grass behind second base including the injured Smith, who ventured onto the field riding a scooter made necessary by a stress fracture in his left foot.

''You've got Dom rolling out there with his wheelie or whatever, his wheelchair. I don't know what you call it,'' Frazier said. ''You don't see it when you're losing.''

Alonso took the celebration to another level, taking the shirt right off Conforto's back.

''In the moment decision. I mean, I was just happy I didn't know what to do,'' Alonso said. ''So I just ripped his jersey off.''

Doolittle (6-4) blew his fifth save in 30 chances. He has been charged with 19 runs this season - 10 against the Mets, allowing 16 hits and two walks in just six innings over seven games.

Acquired from Toronto for two minor leaguers on July 28, Stroman struck out a season-high nine in his first home game since the trade. The All-Star righty from Long Island exited to a standing ovation after walking Trea Turner to begin the seventh.

Strasburg struck out six in seven innings, setting a Nationals/Expos franchise record with 1,625.

''That's a testament to how hard he works,'' Nationals manager Dave Martinez said. ''He's one of the staples to this organization.''

Washington temporarily silenced the raucous 39,602 in attendance when Anthony Rendon hit an RBI triple in the fourth. Juan Soto homered two pitches later, giving the Nationals a 3-0 lead with his 22nd homer.

Alonso launched a two-run homer in the bottom half and Davis followed with a drive that made it 3-all.

''I was having a ball out there. There's nothing like it,'' Alonso said. ''We love that New York has our back here.''

Alonso bounded out of the dugout while Davis was rounding the bases and waved his hands in the air to encourage the fans to cheer even louder.

Rendon hit a two-run homer, his 25th, in the seventh for a 5-3 lead. Reliever Luis Avilan (3-0) allowed the speedy Turner to race home and score on a wild pitch in the top of the ninth for a three-run lead.

Signed by the Mets on Friday afternoon after his release from San Francisco, the Yonkers-born Panik manned second base and was 1 for 4.

Nationals: RHP Max Scherzer (mild strain in upper back) threw on flat ground and might throw a bullpen session Saturday, according to Martinez. ... 1B Ryan Zimmerman (plantar fascitis in right foot) has started running at about 75-80 percent. He has continued to hit and field groundballs but has yet to run the bases.

Mets: 2B Robinson Cano (torn left hamstring) hopes to play again this season but noted that there is no timetable for his return, a sentiment echoed by manager Mickey Callaway and general manager Brodie Van Wagenen. ... OF Brandon Nimmo (bulging cervical disc) is continuing baseball activities and ''ramping up,'' per Callaway. There is no date set for Nimmo to begin a rehab assignment.