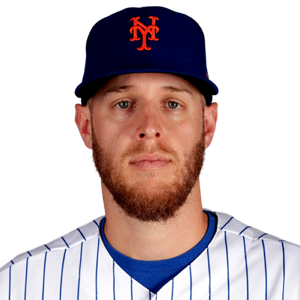 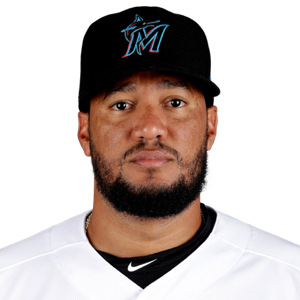 NEW YORK (AP) Zack Wheeler expected to be pitching in a playoff chase this month. As of two weeks ago, that meant his bags were packed - a recommendation from Mets general manager Brodie Van Wagenen as the trade deadline neared, rumors swirled and New York trailed 12 teams in the NL standings.

The right-hander was going to land with whichever contender wanted him most. Improbably, that turned out to be the Mets.

Wheeler ground up Miami over eight innings, Wilson Ramos and Pete Alonso homered, and New York beat the Marlins 5-0 Tuesday night for its 12th win in 13 games, including five of six since the deadline. The hard-charging Mets improved to 58-56 a night after surpassing the .500 mark for the first time since early May.

New York has the best record in baseball since the All-Star break and entered the day 2 1/2 games behind Philadelphia for an NL wild card despite looking like a sure-fire seller in late July - two weeks ago, the Mets trailed every NL team except the Marlins and Pirates.

Wheeler (9-6) remained in Flushing to aid an unlikely postseason hunt. After throwing seven scoreless innings against the White Sox a day after the deadline, he cruised through eight on 99 pitches against the Marlins, allowing eight hits and striking out five with 13 groundball outs.

''That's the goal every time is to get groundballs and get easier outs,'' Wheeler said. ''I was able to get inside on them tonight and work there.''

Mets manager Mickey Callaway said the whole club got a ''huge jolt'' when the deadline passed and Wheeler was still with New York.

''Hearing all the rumors and stuff like that, it's kind of, you don't necessarily take it to heart because it's not true until it happens,'' Alonso said. ''But the fact he wasn't traded is big.''

Todd Frazier had an RBI double in the first inning and Ramos added a three-run homer in the third. Alonso smoked a solo shot in the fifth, his second connection in two games after going nine without one. Alonso has 36 homers for the season.

Wheeler had two runners on with one out in the sixth and seventh innings but escaped both jams. He ended the sixth with consecutive strikeouts and got out of the seventh with another punchout and by breaking pinch-hitter Harold Ramirez's bat on a soft lineout.

After Wheeler stranded another runner in the eighth, Robert Gsellman pitched the ninth.

New York will try to complete a four-game sweep of the Marlins on Wednesday with a mostly fresh bullpen.

Noesi spent the previous three seasons in Korea, including a 20-win year in 2017, and returned to the U.S. this season on a minor league deal with Miami. The 32-year-old right-hander ranked among the Triple-A Pacific Coast League leaders in wins, ERA and strikeouts before being called up Tuesday.

''I feel really emotional,'' Noesi said. ''There's not that many players that go overseas and come back to the big leagues, and I know it's been a long time, too.''

Noesi singled in his first at-bat for his third career hit and first since 2012.

Frazier hit an RBI double off the glove of left fielder Jon Berti in the first inning, the sixth straight game New York scored in its first turn at-bat.

''That's how you get on a roll,'' Callaway said. ''Especially when you have the starters that we have.''

Marlins shortstop Miguel Rojas strained his right hamstring stumbling over first base on a groundout in the third inning and needed assistance walking off the field. He was pulled from the game and could land on the IL, spoiling what's been a breakout season for the 30-year-old, who is hitting .289 and plays stellar defense. He's scheduled to get an MRI when the team returns to Miami on Wednesday.

''It wasn't pretty,'' manager Don Mattingly said. ''And when we first got out there, I think he felt like his knee just kind of blew up.''

Marlins: INF Yadiel Rivera was designated for assignment to make space for Noesi. ... Mattingly said 1B Garrett Cooper has been dealing with nagging lower body injuries during a recent slump. He entered Tuesday on an 0-for-15 skid but ended that with two hits.

Mets: OF Michael Conforto and SS Amed Rosario were held out of the lineup for rest.