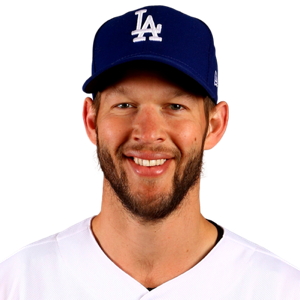 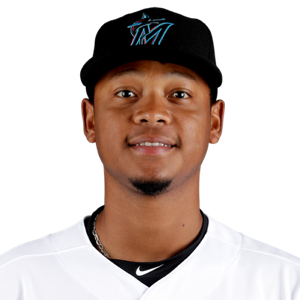 Kershaw strikes out 10, shuts down Marlins in 9-1 win

MIAMI (AP) An additional day of rest helped Clayton Kershaw to one of his most dominant outings of the season.

Kershaw struck out the first seven batters he faced and matched a season high with 10 strikeouts in seven shutout innings as the Los Angeles Dodgers beat the Miami Marlins 9-1 on Wednesday night.

''Sometimes you get in that groove early,'' Kershaw said. ''I really don't care how we get the outs as long as I'm efficient with it. Tonight I was able to get ahead and did a decent job with fastball command.''

Dodgers manager Dave Roberts again dealt with the familiar dilemma of removing Kershaw from a game when he is still shutting down the opposition.

''Obviously Clayton doesn't want to come out of any game, especially when you feel as good as he did tonight,'' Roberts said. ''He wasn't stressed at all. Tonight was as good as I've seen with all his pitches, mainly his fastball.''

''Any time you're mentioned with Sandy it's special,'' Kershaw said.

Rookie Edwin Rios hit his first two major league homers. Justin Turner went 3 for 5 with a home run and Corey Seager homered and had three RBIs for the Dodgers, who have outscored Miami 34-2 in the last three games.

The Marlins didn't put a ball in play until Lewis Brinson grounded out with one out in the third inning.

''The games with L.A. in particular, I think they're good because they kind of let you know where you're at,'' Marlins manager Don Mattingly said. ''They're probably one of three teams, maybe four, that legitimately if they don't win the World Series, they're going to look at it like it's been a bad year.''

Rios' second blast off Marlins starter Elieser Hernandez (2-5), a two-run shot that landed on the upper deck seats in right field, gave the Dodgers a 6-0 lead.

The Dodgers wasted little time following up their six-homer performance Tuesday with home runs from Turner and Seager in the first.

Turner put Los Angeles ahead 1-0 with his shot over the wall in center. Seager hit a two-run blast that Cody Bellinger, who had reached on a bunt single as he took advantage of a Miami shift that left the third base area vacant.

Rios hit his first career homer in the fourth, a solo blast that gave the Dodgers a 4-0 lead.

Hernandez was lifted after six innings. The right-hander allowed six runs, eight hits, struck out seven and walked one.

Miami's Curtis Granderson hit a pinch-hit homer off Yimi Garcia in the ninth.

TOO SOON TO THINK OF PERFECTION

Despite overpowering the Marlins through the first four innings, Kershaw considered it premature for any no-hit, perfect game visuals.

''It's still a little early to think about anything there,'' Kershaw said. ''It's good to kind of get that rhythm of three up and three down and get your guys back in the dugout, especially the way they've been swinging the bats. I didn't think anything special tonight.''

Rios had three standout collegiate seasons at Florida International University in Southwest Miami before the Dodgers selected him in the 2015 draft. The 24-year-old Rios appreciated the support from friends and FIU followers Wednesday.

''Just felt great being back at the 305, where I went to school,'' Rios said. ''It was awesome just hearing the fans yell FIU, when I was on deck.''

Dodgers: IF-OF Kike Hernandez (hand) is expected to play in some rehab games over the weekend, manager Dave Roberts said.

Dodgers: RHP Walker Buehler (10-2, 3.08) had a strong start last time he faced Miami. Buehler shut out the Marlins through seven innings, allowed five hits and struck out 11 on July 21.