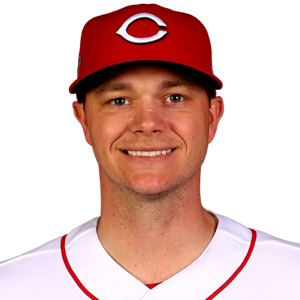 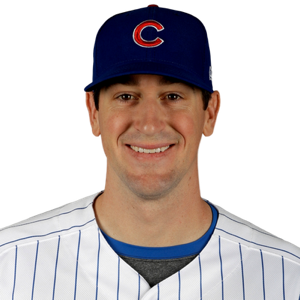 CINCINNATI (AP) Rookie Aristides Aquino isn't keeping mementos from his prodigious power display, the one reminding everyone of another Reds outfielder who wore No. 44 and slashed homers with a whiplash swing.

After taking so long to get this far, the thrills are enough.

Aquino homered in his first three at-bats , tied a major league record for homers by a newcomer, and matched Eric Davis' rookie mark Saturday night during a 10-1 victory over the mesmerized Chicago Cubs, who have watched him wallop everything thrown his way.

''Is it him or is it Eric Davis?'' Cubs manager Joe Maddon said. ''I don't know. Same number. He used to do that kind of stuff. Give him credit. He didn't miss anything. He hasn't missed anything this series.''

The 25-year-old outfielder got his chance when fan favorite Yasiel Puig was traded to the Indians on July 31. He's become an overnight sensation in Cincinnati.

''I could go on and on about him,'' manager David Bell said. ''We knew he'd have success, but not like this.''

Aquino connected in the second and third innings off Kyle Hendricks (8-9) and again in the fourth off Dillon Maples, becoming the first major league rookie to homer in three consecutive innings in one game. His seven homers in his first major league 10 games ties Trevor Story's record with the Rockies in 2016.

And that's not all.

He joined Davis - the Reds' center fielder on their 1990 World Series title team - as the only Cincinnati rookies to homer in four straight games. Davis did it in 1984.

So are Reds fans who have a new, unexpected rooting interest. Aquino spent six years at rookie or Single-A ball struggling to hit, but a change that opened his stance helped him become an International League All-Star in line for his promotion.

His third homer brought a curtain call and a standing ovation when he returned to the field. The 39,866 fans had one of the most revered records in mind in his last two plate appearances.

Eighteen players have hit four homers in a game, a feat that's never been achieved by a rookie. J.D. Martinez was the last to homer four times, on Sept. 4, 2017, for Arizona. Scooter Gennett homered four times for the Reds at Great American Ball Park on June 6, 2017.

Fans booed as Alec Mills walked him in the sixth, throwing a breaking ball on a 3-0 count. Mills fanned Aquino on a low breaking ball to end the seventh, but the outfielder got another round of applause as he returned to the dugout.

''That's why I'm out there, for the fans to enjoy the game,'' Aquino said.

Hendricks suffered his worst loss since returning from a sore shoulder on July 2. Hendricks gave up seven runs and a season-high 12 hits in only 2 2/3 innings, his shortest since he went the same distance against the Dodgers on June 27 last season.

Aquino is the second Red to hit three homers this season, joining Derek Dietrich. The club record for homers in consecutive games is five, accomplished eight times, including by Suarez last season.

The Cubs brought their white home jerseys and hung them in their lockers at Great American, hoping their Wrigley Field success would finally translate to the road. So far, it's not working. Chicago has dropped 13 of its last 19 on the road, leaving it 22-35 overall away from home.

Reds reliever Jared Hughes completed his three-game suspension for his role in a brawl with the Pirates on July 30, one of eight suspensions handed down.

Reds: Shortstop Jose Iglesias got a day of rest for a sore right biceps. He could return for the final game of the series.

Cubs: Jon Lester (9-8) gave up 11 runs - matching his career high - in his last start against Oakland. In his last two starts, the left-hander has slowed 14 earned runs in nine innings.

Reds: Luis Castillo (11-4) has won his last two starts, allowing three runs in 14 innings while beating the Pirates and Angels.