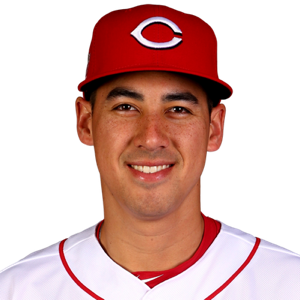 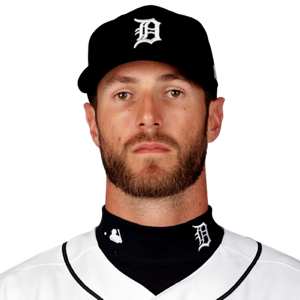 ATLANTA (AP) Shane Greene was acquired to provide long-awaited stability to the back end of the Atlanta Braves' bullpen.

Instead, the new closer has only provided more late-innings struggles.

Tucker Barnhart hit a tiebreaking three-run homer in the 10th inning off Greene and the Cincinnati Reds beat the Braves 6-4 on Sunday after wasting a two-run lead in the ninth.

A day after blowing a save chance in his Braves debut, Greene (0-1) gave up three runs and four hits in one inning. Greene was acquired from Detroit on Wednesday by the Braves, who have a comfortable NL East lead.

Greene was the biggest of three trade-deadline additions to the bullpen. He was immediately inserted into the closer's role, replacing Luke Jackson, who had seven blown saves in 24 chances.

''It's unfortunate that I showed up with everybody excited for me to be here, to get the job done,'' Greene said. ''I haven't got that job done two days in a row.''

Greene said he pitched through some bad luck in Saturday night's debut. He made no excuse for allowing the homer to Barnhart.

''Today I threw a horrible pitch and he hit it over the fence and I paid for it,'' Greene said.

Josh VanMeter singled leading off but Greene got Nick Senzel to ground into a double play. Aristides Aquino and Jose Iglesias singled ahead of Barnhart's sixth homer, his first since May 25. Barnhart pulled the pitch over the right-field wall.

''I'm trying to do anything I can to get the ball to the outfield and make them make a play at the plate,'' Barnhart said. ''I got a pitch in the location I was looking for and was lucky enough to put a good swing on it and help the team win.''

Ronald Acuna Jr. hit a tying two-run homer in the ninth off Amir Garrett, thumping his chest and yelling at the Braves' dugout as he flung his bat while leaving the batter's box after his 27th home run this season. Acuna hit a game-ending, 10th-inning single that lifted Atlanta to a 5-4 win on Saturday night.

Robert Stephenson (3-2) got the final two outs in the ninth. David Hernandez gave up a two-out homer to Tyler Flowers in the 10th before retiring Freddie Freeman on a groundout for his second save.

Sonny Gray allowed four hits in seven scoreless innings and struck out seven. He escaped a based-loaded jam in in the sixth when Flowers grounded out.

Cincinnati built a 3-0 lead on Jesse Winker's RBI single in the third, Gray's sacrifice bunt in the fourth and Senzel's run-scoring single in the fifth.

Atlanta wore throwback uniforms from 1974, when Hank Aaron broke Babe Ruth's home run record, and was shut out until Josh Donaldson homered off Lucas Sims in the eighth.

Braves: RHP Jacob Webb (right elbow impingement) was activated from the 10-day injured list and optioned to Triple-A Gwinnett. ... A rare break from starting for Freeman provided rookie Austin Riley with his first start at first base. Riley played in four games at first base at Triple-A Gwinnett this season before his promotion on May 15. He had no previous professional experience at first base.

Braves starter Mike Foltynewicz will make at least one more start for Triple-A Gwinnett before the team decides if he will return to the majors. The right-hander is 4-0 with a 2.67 ERA in six starts since getting demoted. Foltynewicz, who began the season on the injured list with a bone spur, went 2-5 with a 6.37 ERA in 11 starts for Atlanta.

Reds manager David Bell served the third game of a six-game suspension. He said before the game he has had a nice tour of SunTrust Park, watching games from various locations in the stands. ''Really nice ballpark,'' he said. While suspended, he must avoid the dugout, clubhouse and press box during games.