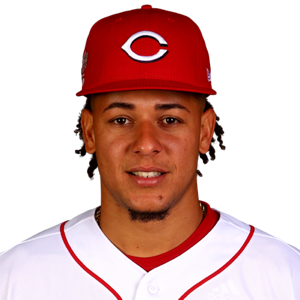 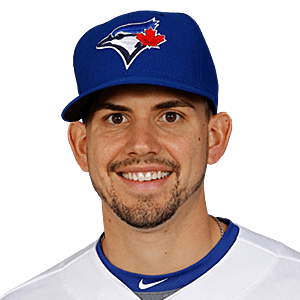 Castillo struck out a career-high 13 and the Reds scored five first-inning runs on their way to a 7-4 interleague win over Los Angeles on Monday night.

''I felt confident going out there,'' Castillo said through a translater. ''I was prepared 100% for that game.''

Castillo improved to 4-1 in his last five starts by making effective use of his wicked changeup, which can be even more deceptive to teams that haven't seen it. He didn't pitch against Los Angeles when the two teams met in June.

''When you face a team for the first time, it makes it look even better than it is,'' catcher Tucker Barnhart said. ''If you haven't seen it, you can watch all the video you want. It's not going to help.''

Castillo (11-4) threw a career-high 119 pitches in seven innings while getting his career-best 11th win. He allowed three hits and one walk before finishing with a flourish, striking out the side in the seventh to earn a standing ovation and head rubs from teammates.

''He was outstanding,'' said Reds bench coach Freddie Benavides, managing in place of the suspended David Bell. ''He was pushed, but he was strong and he wanted the ball. He didn't want to come out of the game. For him to get into that elite group, you have to do that. He was the man tonight.''

Michael Lorenzen relieved Wandy Peralta with runners on first and third and one out in the eighth and struck out Mike Trout swinging before coaxing Kole Calhoun into an inning-ending flyout.

Raisel Iglesias struck out Shohei Ohtani to clinch his 22nd save.

Trout and Luis Rengifo hit solo home runs for the Angels, who've scored a combined 12 runs during a five-game losing streak. They've dropped nine of their last 11 since a four-game winning streak.

Castillo's 13 strikeouts are the most by any one pitcher against the Angels this season, surpassing the 11 piled up by Houston's Gerrit Cole on July 17.

''I thought our at bats were pretty good,'' Los Angeles manager Brad Ausmus said. ''They were better than they have been recently. That's a plus. Castillo has really, really good stuff -- elite stuff.''

After Taylor Cole started for Los Angeles, Patrick Sandoval took over in the second and turned in five innings of three-hit, two-run run pitching in his major-league debut. The left-hander struck out eight and gave up two walks and two wild pitches, which allowed Jesse Winker to advance from second to the plate with Cincinnati's sixth run.

''It was a little different,'' Sandoval, after posing for post-game on-field photos with his family, said about not starting. ''You roll with it. I kind of liked it. It was a different feeling.''

''That was an excellent first start,'' Ausmus said. ''The results were there. He should be happy with the way he pitched.''

Cincinnati sent nine batters to the plate in the first inning against Cole (1-3), highlighted by Nick Senzel's two-run bloop double down the right-field line. Jose Peraza followed with an RBI double off the left-center field wall that missed going out by a couple of feet.

Rengifo led off the third with his fourth homer of the season. Trout added his league-leading 37th, a no-doubt drive into the first row of the second deck in left field, with one out in the sixth.

Brian Goodwin added his first career pinch-hit home run, a two-run shot to right against David Hernandez, in the ninth.

The Angels on Monday placed RHP Luke Bard on the 10-day injured list with a bruised right triceps, an injury he suffered when he was hit Carlos Santana's line drive on Sunday in Cleveland. They also placed C Jonathan Lucroy on unconditional release waivers and promoted Sandoval from Triple-A Salt Lake Coty.

The Reds claimed RHP Kevin Gausman (3-7) off waivers from Atlanta on Monday and designated for assignment INF Blake Trahan. The team will need to make a corresponding roster move when Gausman reports.

In the first inning, the Reds have outscored opponents by a combined 93-56. They lead the major leagues in first-inning runs.

Trout dropped Tucker Barnhart's easy fly ball in the first inning for just the center fielder's second error of the season in 107 games.

Angels: LHP Jose Suarez (2-2) will on Tuesday be making his first career appearance against a National League. His first plate appearance will be the first of his professional career.

Reds: RHP Anthony DeSclafani (6-6) will on Tuesday make his first career appearance against the Angels.