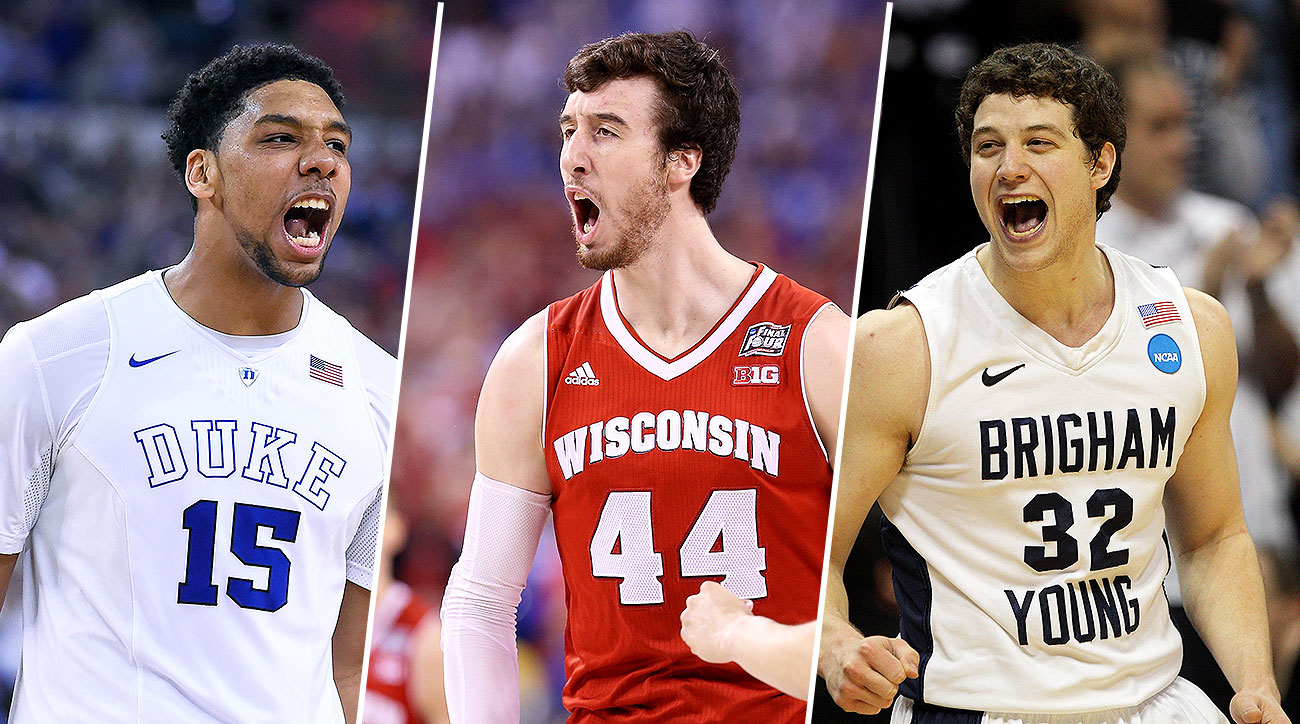 Our second team for SI's college basketball All-Decade package gets to a few of the heavy hitters of the last 10 years of the sport. Who made the cut?
By The SI Staff
Reddit Flipboard WhatsApp Email Copy Link Print

Welcome back to SI's college basketball All-Decade package, wrapping the best of the best from the 2010s. All week long, we're looking back on the last 10 years in college hoops and the players and teams that shaped them. There are countless players who left their mark on the sport, whether for a season, career, or fleeting March moment, but only the best of the best can earn a spot on our All-Decade teams, voted on by a panel of SI writers. On Monday, we revealed SI's men's college basketball Third Team. Next up, we present SI's Second Team.

It’s Jimmer Time! The legend of BYU’s super-scorer was so strong that his named spurred multiple catch phrases, including “Jimmermania,” "Teach Me How to Jimmer" and “Jimmer'd,” the last of which was used to reference what happened to opponents he left in the dust. Fredette seemed to have limitless range on the court and would not hesitate to pull up from anywhere and everywhere, especially in a senior season when he took 38.1% of his team’s shots when on the floor, a percentage that led the nation. But he wasn’t just a sharpshooter—after spending most of his freshman season on the perimeter, he turned his offense into an all-around attack with the ability to get to the rim or connect from midrange with ease.

Fredette had many highlights over the course of his four-year career, including dropping 49 points against Arizona in 2009, 45 against TCU in the 2010 Mountain West tournament and 37 in a 2010 NCAA tournament win over Florida, but his senior season in 2010–11 was his masterpiece. Fredette averaged 28.9 points and shot 39.6% from three, eclipsing the 30-point mark 16 times and 40-point mark four times. The peak came against New Mexico in the conference tournament, when he went off for an unforgettable 52 points, going 22 for 37 from the floor and breaking Danny Ainge’s BYU career scoring record in the process. For his efforts, Fredette was the unanimous National Player of the Year. —Molly Geary

It’s hard to imagine an all-decade career beginning more inauspiciously than Kaminsky’s: As a freshman in 2011–12, he averaged 1.8 points in 7.7 minutes and, as he would later tell SI’s Luke Winn, he “was scared to even go in the lane” despite standing 7 feet tall. But Frank the Tank came to personify the patient development that defined the Bo Ryan-era Badgers, becoming not only a quality scorer inside and out (18.8 points per game as a senior, including 41.6% from three) but a well-rounded force (8.2 rebounds and 1.5 blocks that same season) that swept 2015’s National Player of the Year awards. Kaminsky saved his best for (almost) last by leading the Badgers to a momentous upset of then-undefeated Kentucky in the Final Four, showing no fear on the biggest stage. —Dan Greene

Only a handful of players can say they started two different national championship games in the last decade, and Brunson is one of them. As a freshman in 2015–16, he started all but one game for Villanova as the Wildcats won their first national title since 1985, playing a pivotal role in the backcourt alongside senior Ryan Arcidiacono. Brunson then stepped seamlessly into a larger role as a sophomore, averaging 14.7 points and 4.1 assists for a team that won another 32 games.

It was his junior season, though, when Brunson faced the most pressure, needing to make up for departed stars Josh Hart and Kris Jenkins as ‘Nova looked to win its second title in three years. The point guard ran the best offense college basketball saw all decade to perfection, averaging 18.9 points, dishing out 4.6 assists and making 59.9% of his twos and 40.8% of his threes. His performance won him 2018 National Player of the Year, but more importantly, he led Villanova to that aforementioned 2018 national championship. The ever-efficient Brunson finished his college career with the second-best true shooting percentage (62.8%) in Big East history and as an instrumental part of two different title teams. —Molly Geary

Big Jah only spent one season at Duke playing for legendary head coach Mike Krzyzewski, but he made his short stay worthwhile. It was clear why he was one of the most sought-after players in the country entering college. Okafor averaged 17.3 points, 8.5 rebounds and 1.4 blocks per game as a true freshman, all while leading the Blue Devils to a 35–4 record and a national title—where they defeated Frank Kaminsky and Wisconsin in the championship game. Okafor was the prototypical big man, putting defenders on his backside and going to work. Consistently.

Tyus Jones, who was the point guard on that freshman-heavy Duke team—which also featured Justise Winslow and Grayson Allen, as well as senior guard Quinn Cook—was named the Most Outstanding Player after having a stellar performance against the Badgers. But Okafor, who was the ACC Player of the Year and a consensus first-team All-American, was the driving force that helped Duke capture its fifth national title in school history. —Josiah Turner

The Buckeyes’ best player of the decade was locally sourced with a proven pedigree: the 6’9” Sullinger was a Columbus native and younger brother of former Ohio State guard J.J. Sullinger, who played for Thad Matta from 2003 to ‘06. The younger Sullinger wasted no time pledging to Matta himself (he committed after his freshman year of high school) nor making an impact for Matta’s team, as he averaged a double double and earned first-team All-America honors as a freshman in 2010–11. As a sophomore Sullinger produced nearly identically (17.5 points and 9.2 rebounds per game, earning another first-team All-America nod) with even better results, improving on Ohio State’s 2011 Sweet 16 finish with a trip to the 2012 Final Four. —Dan Greene