MLB
Power of 'What If?' Boils Over After Ronald Acuña Jr.'s Lack of Hustle
It's hard NOT to play the game of hypotheticals when considering what could've been if Acuña Jr. showed full effort in the Braves' NLDS Game 1 loss to the Cardinals.
by Emma Baccellieri

The Yankees' Bullpen Is Phenomenal, but Success Rests on Boone's Shoulders

2:18
College Football
College Football Week 6 Picks: Who Will Win Auburn-Florida, Michigan-Iowa and More?
The calendar has hit October, and college football is heating up with another critical set of games this weekend. Who will earn a big win?
by The SI Staff
Extra Mustard
Friday’s Hot Clicks: Chipper Jones Made an Impressive Catch on a Foul Ball
Chipper's still got it!
by Dan Gartland
MLB
Two Playoff Teams, Two New Stadiums and One Great Divide
Behind the crosstown success stories of Atlanta United and the Braves is a sense of division, of otherness, fueled by racial and political disharmony.
by Brian Burnsed
Extra Mustard
Traina Thoughts: Tom Brady Remembers 'Block' With Beautiful Tribute Video
Watch Tom Brady poke fun of himself with video edit of his blocking highlight.
by Jimmy Traina
College Football
Matt Rhule's Texas Immersion Is at the Heart of Baylor's On-Field Turnaround
A native New Yorker, Matt Rhule dove right into Texas culture when he was named Baylor's head coach three years ago. It's made all the difference in Waco.
by Ross Dellenger
NFL
An Ex-NFL Lineman Was a Hero to Fellow Recovering Addicts. Until His Relapse and Drug Dealing Were Exposed
Former Ivy Leaguer and NFL-er Jeff Hatch spent years telling audiences of his triumph over opioid addiction, to great acclaim. Then as the rehab center he worked at drew national attention, a tortuous backstory of cops, dealers and deception came to light. Now, for the first time, Hatch, the people who know him and the people who thought they did, speak out at length.
by Chris Ballard
1:12
NFL
Will Jameis Winston Be the Buccaneers' QB After This Season?
Winston is in the fifth year of his rookie contract—an unprecedented situation. What does he need to do to earn that contract extension? Also, notes on an NFL season extension, Jalen Ramsey's situation, the Skins’ future and more.
by Albert Breer

Can Dolphins-Style Tanking Actually Work in the NFL?

Let’s Pump the Brakes on the Arch Manning Hype

Is the Pac-12 Already Eliminated From the Playoff?

Islanders’ Fourth Line Remains a Commodity in Its Second Act Together

Mexico's Alvarez Embraces All That Comes With Ajax

Don't get stuck on the sidelines! Sign up to get exclusives, daily highlights, analysis and more—delivered right to your inbox!
Sign up Now 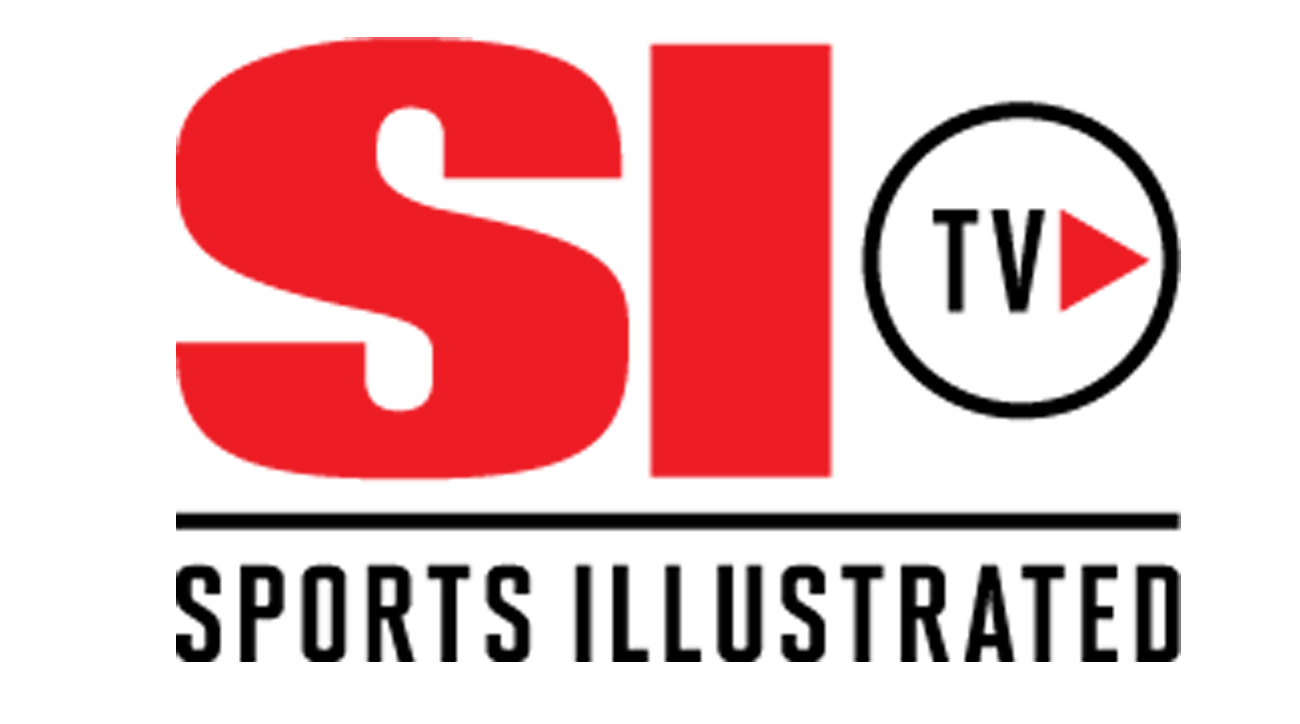 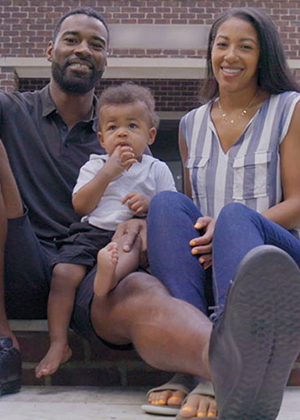 Calvin Johnson Regrets Nothing
Banged up and bummed out about the Lions’ futility, Calvin Johnson retired three years ago, while still in his prime. Looking back on it all, the best receiver of his era—hands down, in his words—has no regrets.
Subscribe Today 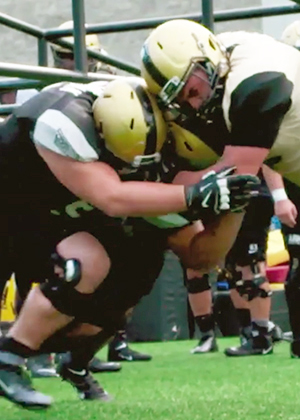 The Uniqueness of Army O-Linemen
Offensive lineman at Army have to navigate some of the most difficult circumstances in college football, including weight limits and the triple option offense.
Subscribe Today

Hue Jackson After the Browns
The former Cleveland head coach is grappling with life in the shadow of his 3-36-1 record. But those numbers only begin to tell the story of his losses.
Subscribe Today 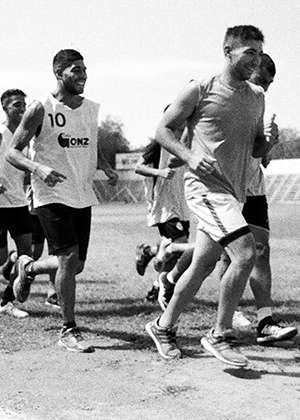 Exploring Planet Fútbol: Argentina
That passion for soccer is apparent all across Argentina, and while the country has yielded a disproportionate number of the geniuses of the men's game, starting with Messi and Maradona, support for the women's game has lagged far behind.
Subscribe Today 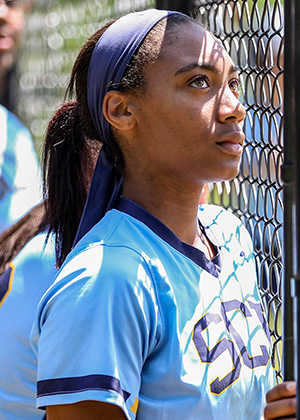 The Next Chapter for Mo'ne Davis
Five years after setting the Little League World Series ablaze, Mo'ne Davis is college-bound to play softball and chase her TV-host dreams.
Subscribe Today

Exploring Planet Futbol: USMNT in Germany
Why is Germany's Bundesliga a hotbed for young Americans on the rise, how do they cope with the changes to their lifestyle at such a young age and what have they learned about the country's soccer culture?
Subscribe Today
1 of 6

1:31
NFL
Ranking the Week 5 Running Backs
Check out Kevin Hanson's top 65 running backs for Week 5 of the 2019 season.
by Kevin Hanson
1:39
NFL
Wide Receiver Rankings
Check out Kevin Hanson's top 75 wide receivers for Week 5.
by Kevin Hanson
1:12
NFL
Stock Watch: Kerryon Johnson Up, JuJu Smith-Schuster Down
Knowing which players are gaining or losing value can help you not just with your lineup, but on the trade market.
by Adam Ronis
NFL
Use FullTime Fantasy's Tools to Win Your Fantasy Football League
As fantasy football leagues get more competitive, it's more important than ever to find tools that will set you apart.
by SI Fantasy Staff

END_OF_DOCUMENT_TOKEN_TO_BE_REPLACED
1:12
NFL
NFL Power Rankings: Chiefs Take Top Spot, Eagles and Bears Climb
After a gutsy road win, K.C. edges out New England for No. 1, while Philly and Chicago make big jumps back into the top 10. Elsewhere, the Vikings, Ravens and Colts tumble and Washington challenges Miami’s grip on the bottom.
by The MMQB Staff
2:14
NFL
The Texts That Ended Antonio Brown's Patriots Tenure
The artist who accused Antonio Brown of sexual misconduct in a 2017 incident says he sent her “intimidating” text messages this week that included photos of her kids. Her lawyer has asked the NFL and the Patriots to step in.
by Robert Klemko
NFL
Why NFL Interception Rates Are Steadily Declining
NFL
Dwayne Haskins Clearly Isn't Ready Yet and Washington Has No Good Options
NFL
There’s Much More to Antonio Brown’s History

END_OF_DOCUMENT_TOKEN_TO_BE_REPLACED
NBA
Top 100 NBA Players of 2020
Who will be the NBA’s best players in the 2019-20 season? Sports Illustrated unveils its sixth annual Top 100 list. And for the first time in the list's history, there's a new No. 1.
by Rob Mahoney
NBA
LeBron and KD Lead SI's NBA All-Decade First Team
With the 2010s coming to a close, we're honoring the very best players from the last 10 years.
by Rohan Nadkarni
NBA
Zion's Main Challengers for Rookie of the Year
NBA
The Lakers and Clippers Need to Actually Enjoy Their L.A. Rivalry
NBA
New-Look Nets Explain Why They Picked Brooklyn

END_OF_DOCUMENT_TOKEN_TO_BE_REPLACED
1:37
Swim Daily
Emily DiDonato Shares Her Journey to Body Positivity
"I wanted you to know that I wear a size six, and I'm in an industry that that's not always super accepted. But that's OK."
by Kelsey Hendrix
23:33
Swim Daily
#SISwimSearch Sweet 17: Meet Kathy Jacobs
Get to know one of our new models.
by Kelsey Hendrix
0:41
Swim Daily
Hunter McGrady Is Done Being the 'Token Plus Girl'
The curve model turned down more than 30 fashion week jobs because they weren't inclusive.
by Kelsey Hendrix
Swim Daily
Full Swimsuit Archives
Check out galleries and videos from every issue since 2009.

1:45
College Football
College Football Staff Picks Against the Spread for Week 6
Several key conference showdowns highlight Week 6's slate.
by The SI Staff
2:05
NFL
Opening Spreads for Every Week 5 NFL Game
How many points are the Patriots favored by over the Redskins?
by Charlotte Carroll
1:26
MLB
Mattress Salesman Places $3.5 Million Bet on Astros to Win World Series
An Astros fan placed one of the highest bets ever taken by a U.S. bookmaker in Mississippi on Tuesday.
by Jenna West
2:01
College Basketball
Identifying the Best Value Bets to Win the 2020 National Title
There's plenty of value when betting college basketball futures, and SI's college basketball staff has identified three sleepers that can win you a lot of money come April.
by The SI Staff

2:53
College Football
As NCAA Gets Dragged Toward Just Change, Not Every Aftereffect May Be Positive
Allowing college athletes to profit off their name, image and likeness is a no-brainer, but it could have some untoward ramifications on the sport and fandom.
by Michael Rosenberg
NBA
She Won Athletes' Hearts. And Robbed Them Blind
The same people who years ago entrusted her with millions—from Ricky Williams to Dennis Rodman to Travis Best—wince today at the mention of her name. They'll tell you how she left them broke. How she's a "chameleon ghost witch." How she's a forgery of the American Dream. And every athlete's worst nightmare.
by Alex Prewitt
College Football
Celebrating 150 Years of College Football: Best Games, Programs, Traditions and More
NFL
NFL 100: A Detailed Look at a Century of Pro Football
College Football
How the Spread—Finally!—Arrived at LSU